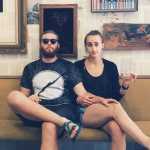 By Jimmy_Melnarik,
June 17, 2015 in Vinyl Collective Message Board

The best thing they've done is the Syl Johnson box.

I'd love to see Numero dive into the world of avant-garde/spiritual jazz.  I bet they could dig up some good stuff.