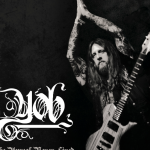 By burninworldrecs,
January 4, 2019 in Vinyl Collective Message Board