By mitchard,
February 5, 2014 in Vinyl Collective Message Board

They’re finally shipping these, you guys!     Looks and sounds fantastic!   😬

It's been almost exactly Seven Years since I originally created this topic... 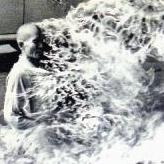 Story time. Back in the early 2000s I was a manager of several indie movie theaters in the Philly suburb area. I randomly came across Translating The Name  in 2004 and was floored. Played it on r