What is the vinyl you never open/listen to in your collection? 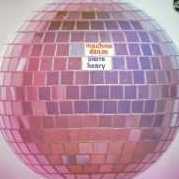 By seb,
November 30, 2021 in Vinyl Collective Message Board

Actually, jokes aside, there was this dude in a Facebook group for Boris who was gloating about keeping his latest purchases not only sealed, but contained within their mailers.  I'm not sure if he th

What a narc. My collection is so mint, I rarely even pick my records up from the post office.