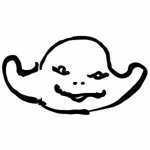 By spoon,
January 14 in Vinyl Collective Message Board

I think it's fair. It's technically more limited to not get that record in the box.

My box is already moving and it’s not even officially February yet.  You love to see it.

I ended up buying an extra copy of the book to keep in my office because I'm neurotic.  I didn't realize it was going to ship so soon, it came like a week ago. It's gorgeous and really nice to sift th