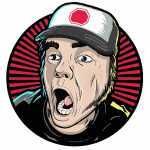 By themizzi,
September 10, 2012 in Vinyl Collective Message Board