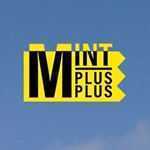 By mintplusplus,
July 10, 2019 in Cassette Collective Message Board