PO: A Skylit Drive - She Watched The Sky

By FlippingOut,
August 21, 2015 in Vinyl Collective Message Board

It's so bad but so good. Fuck. Gonna get it. 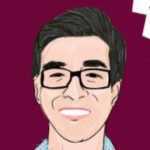 Fucking loved jordan when he was in the band. Super sick EP and I still listen to this til this day!

Hey everyone!   This is my label that's pressing this. Our press of She Watched the Sky is in no way associated with Tragic's pressing of Wires, but as part of our agreement, THR gets a variant of t