Hey Derek. What part of STOP dont you understand? You're the one who always has to have the last word.    Dont respond to this. The people are telling you to STOP. So do just that. And Zero.

I got you all beat   A couple years ago I was browsing OfferUp, when I came across a seller who was asking absolutely insane prices for her vintage 7” singles (ie - she wanted $50 for commo 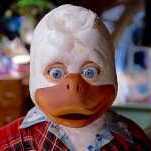 Years ago I was having a conversation about record collecting and a friend of mine was like: "Hey, there's a bunch of records in my mom's garage that I don't want - you can have them if you want."